CrN thin film, produced by our HCD (hollow cathode deposition) process, is availible up to 15 microns thick for your tool coating applications. CrN is produced by our NTH-1000 using the same ion plating process as TiN. 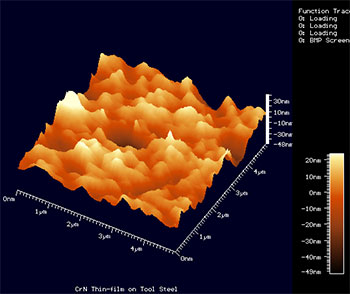 CrN is produced by the electron bombardment of a chromium source by hollow cathode discharge. The resulting evaporant reacts with nitrogen gas which is continually feed into the chamber. The resulting thin film can be CrN, Cr2N, or a mixture of both, depending on the mass flow rate of nitrogen used during the deposition. 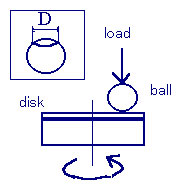