TiKron(TM) thin film is a two-layer film consisting of a TiN layer on top of a CrN layer. TiKron is produced in the NTH-1000 by the same ion-plating process by which CrN and TiN thin-films are produced. TiKron offers the thermal and corrosion protection of CrN and the chemical stability and golden color of TiN. TiKron is especially useful for aluminum melt processing applications. 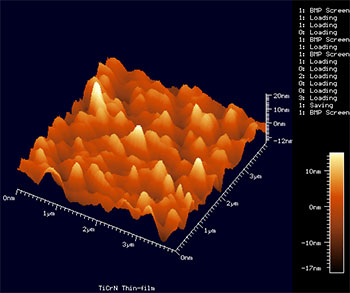